I've been meaning to include pictures of my mini installation at the "Untitled" Show at the Rio earlier this year. It's about time!

As I've been doing more and more now, I used recycled legs from previous installs to arrange in a new way for this show.

The premise for the exhibit is that the public gets to suggest titles for your piece. It gets rather interesting to say the least! Namon Bills curates this show each year. Below I am including the best titles my piece was given.

I really like my piece with the egg sculpture in the background--- nice visual pay, eh? 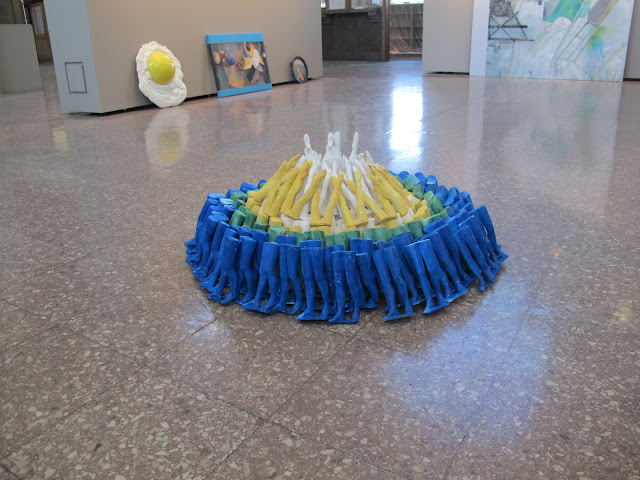 "Barbie and Ken vs. the People"

"A Rainbow of Gymnastics Feet" -- submitted by a 6-year-old